My 3 day working weekend is over! I have today and tomorrow off. I asked yesterday about working tomorrow but, as I sit here this morning, I really don't want to go in. Working Mother's Day kind of sucked but, came home and my daughter had made chicken quesadillas. She really outdid herself. They were excellent! Nobody can make them like she can. Not Wawa.. not anybody! She also treated us to Dairy Queen for dessert. Brownie Cookie Dough Blizzard! Awesome! Calorie intake was off the chart but, that's ok. One day doesn't hurt too bad. As long as I get back on track.

My knitting kind of took a back seat this weekend but, should be able to get back to it today. Not starting out doing anything. Even with 2 cups of coffee, it's difficult to get going. It is 8:30 so, I really should do something. LOL

It's not very nice out today. Very humid. I have the windows open but, probably not a good thing. Everything is getting damp inside. I don't want to run the air conditioner. Ceiling fans are going. Hope the sun comes out.

What started to be a humid day because of the rain we got last night has really turned into a nice day. They were talking about maybe thunder storms this afternoon but, it doesn't look like it.

Took Roxie to Glasgow Park this morning for our walk. I like getting out first thing in the morning. I never used to take her with me only for the fact that she barks at everything! She wouldn't do well with people and dogs. I was watching an episode of Dog Whisperer with Caeser Milan and there was a woman who had a dog that didn't get along well with other dogs. He put a muzzle on her and it was a different dog. I tried the same thing with Roxie and it works! She really walks nice after she gets the smelling thing out of the way and settles down.  I don't mind going myself but, it sure is nice having her with me. She loves car rides and walking so, she gets the best of both when we go out.

Now that Doug is home, the only time I cook is when I am off. Today I decided to make Sweet and Sour Chicken. I love getting it from the Chinese place but, this is so much cheaper to make and I control what goes in it. It's a lot healthier and just as good. Haven't decided on tomorrow yet. It'll be easy seeing as I have a meeting in work I have to go to. Should take less than an hour. Not too bad.

Other than that, pretty much taking it easy today. Will go sit and knit for a little bit. I may even fall asleep for a bit. I am not the best sleeper to begin with and the change in temp and seasons really knocks me for a loop. Toss and turn. Not sure which sheets to put on, not sure which blanket. It's horrible! By the time I figure it out, the seasons change again. *sigh*

I'm so over April!

May is finally here and the flowers and trees and all of the colors that go with them will be out really soon! April showers bring May flowers. Can't wait! It's been a long cold winter and we are definitely in need of Spring. Every chance I get I open windows and on the days I work, Doug does the same thing. It's still a little chilly at night but, not bad.

This warmer weather coming is especially good for the homeless that have no shelter to go to. The elements are extremely difficult to deal with but, some people have to. I certainly wish there was a concrete way to eradicate the problem but, there isn't. It's on going. There are agencies out there that are doing their best to help. Michelle Obama started the Mayors Challenge to end veteran homelessness. Cities around the country have joined the challenge. It's really good to see something being done. Here is a Mayors Challenge map to see which cities are on board.

I am still working on knitting items which will be sent to Sandy at Bridge and Beyond.

My 3 day weekend is done! I'm suppose to have off the next 2 days but, I told my boss I would come in tomorrow. They desperately need help. It helps us both out. This is my short 36 hr week so, this will give me 48 hrs. On my first day off I tend to make it a rest day. Depending on what I am doing, I can put anywhere from 10 - 11 miles in a shift. That's over 20,000 steps. Doing that over 3 days, my legs get tired. I would no more think about heading out the door and walking that much but, that's my job.

I started working on a scarf which I didn't get too far on. I will more than likely get to it today. Not much else going on. It's going to be a quiet day.

My friend Sandy posted the other day about homeless vets. There are 3 cities in Delaware that have signed up for the Major Challenge issued by Michelle Obama to reduce homeless veterans. New Castle, which consists of Wilmington and Newark and Dover is another city. I'm going to look into the one in Newark and see what it's all about. This is a huge problem. They put their lives on the line for us. We need to give something back to them.

Until next time...
Bunny
Posted by Bunny at 6:38 AM No comments:

I am off today! I'm suppose to be off all weekend but, I am going to be covering for someone tomorrow because they are taking a vacation day. That's ok. Instead of 36 hrs this week, I'll end up with 48 hrs. Not a bad thing. It's a little wet this morning but, hopefully won't rain all day.

When you have spare time today, why not hop over to my friend Sandy's blog Bridge and Beyond. Today's post is about Jack Otis. She knew him in school. It's a sad story but, one that needs to be told about homelessness. A face and a name to a person makes it real. Homelessness can happen to anyone. His death is not in vain s we continually knit, crochet, loom items for the homeless. Whether it be hats, mittens, scarves, slippers, whatever. We care!

and it's raining. That's ok though. We can always use rain. The trees are starting to blossom now. A little sun yesterday, a little rain today. The leaves should be out really soon. Can't wait! Everything is so green from winter. We need the colors of Spring!

The pattern for this hat is Rib-A-Roni Hat by Jane Tanner c 2007,2008
I'm not sure why the edge turn up like that unless it was the way I cast on the stitches. It is not suppose to do that. It will however keep someone's head warm. This hat will be going to Bridge and Beyond. I started another hat yesterday. Will post a pic when it is finished. 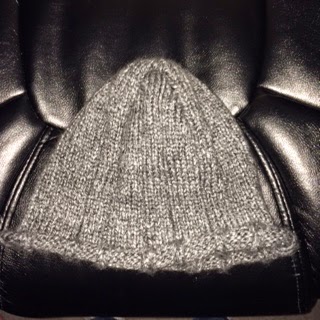 A most gorgeous day

This is my first of two days off and it is just gorgeous! The windows are wide open airing out the house. It is a bit breezy but, not too bad. After such a long winter, its nice to be able to enjoy some warm sunshine for a change. Tomorrow it's suppose to rain so, will take advantage of today.

I picked up ready made pizza crusts and made one mushroom, spinach and cheese pizza and one sausage, spinach, mushroom and cheese pizza. Both came out really well but, will add more cheese in the future. After it melted you could hardly tell it was there.

I am about to finish knitting a hat for Bridge and Beyond. It's very relaxing sitting and knitting. Especially after working a 3 day weekend.

Places to donate to:

CURRENT MOON
about the moon

What kind of flower are you?